Use the page below to learn more about voting by absentee before the election, or on Election Day in your polling place. Call your clerk before you go, as some locals hold varying office hours. 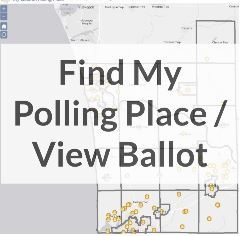 As absentee ballots have been sent to those voters requesting them, we thought it might be helpful to share some voting instructions to help everyone understand the different voting options you have when it comes to marking your ballot.

Michigan law allows voters to vote “straight ticket” in a general election, which means voters may fill in one rectangle or box next to a party name to cast a vote for every candidate of that political party.

Michigan also allows for voters to select the straight party option but then cast votes for individual candidates of a different party (“split ticket”).

In the November Election, voters have the following options:

Other Notes: If a voter selects the “straight party” race but then votes for individual candidates of the same party, the vote for those individual candidates will still count, and will only count once. If a voter wishes to vote for a write-in candidate (whether or not they select the straight party option), the voter must fill out the rectangle for write-in candidate and write the name or it will be an invalid write-in and will not be counted.